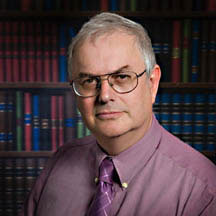 When Graham Rose was at school, he was one of the founding members of the camera club. After leaving school at age 15 (normal in those days in the UK), he applied for work at the famous London Camera Shop ‘Wallace Heaton’ of Bond Street. That was September of 1963.

He received higher than standard wages, first working the counter and then the workshop of the repair department. In those days standards were very high, there was no personal talking during working hours and you had to dress smartly. High standards of workmanship and pride in his work were among the ethics he developed. The clients of the London Camera Shop were the rich and famous including Queen Elizabeth II. Full restorations were their specialty including optical, chrome and paint work. They were also one of the first companies to include modern testing of equipment.

Over the years Graham worked for three different camera repair companies, the last one for 26 years. At the start of 2000 changes in the photographic trade and poor management caused his last employer to go out of business. Finding himself unemployed, Graham first thought of leaving the CR field but many people asked him to carry on with their repairs so he decided to set up his own full time business, GR Enterprise Services.

Reinventing Himself
Many small business in the UK are suffering from high overhead, high rent and taxes. Since Graham had been operating a part time business out of his home for many years, he decided to modify his house and work from home. This reduced his overhead and had a number of tax advantages.

Graham is a forward thinking person. He was the first in the UK that imported the ZTS Tester II (our associated tester R&D business) “which is still giving sterling service”. He could also see the digital revolution and even when his customers were still dominantly film he was in the digital world.

As he developed his contact list, he was asked to undertake different types of repair jobs. One of these was a large local hospital involved in a twenty year research program that used medical photography to document eyes for a diabetes study. Nineteen and one half years into the study the Ricoh based camera and flash equipment had problems. The manufactures were not the slightest bit interested in helping and the hospital was told to spend about ƒ45,000 ($90,000 US) on new equipment. It wasn’t just the cost. The lack of consistency between the two systems would ruin the nearly complete twenty year project. The hospital asked Graham for help. He repaired the equipment for about ƒ800, the photographic department was delighted, the twenty year project was saved and completed. “My putting myself out to help a desperate situation has been well rewarded by this hospital, they are now my biggest customer in sales”.

Yes GR Enterprise Service expanded into sales. He could see the defect of big box stores with disposable counter people. Nobody knows what they are doing, not the store and not the consumer. He doesn’t try to compete with box stores, he exploits their major weakness and fills a niche they can’t scratch.

After the completion of their diabetes study, “the hospital became interested into looking into the digital market and were quite excited when Kodak announced that they were developing a full frame DCS 14n camera. By my doing the research and getting the information, the hospital placed an order for four 14ns and a number of high quality of Nikon lens.” That order that was worth ƒ16,000 ($35,000 US).

That was the start of his interest in Kodak Professional digital cameras and digital photography. It also started GR Enterprise Service into professional sales. Since that time he has sold over 40 Kodak DCS cameras and still gets many requests for second hand models. GR Enterprise Service also deals with Kodak Dye Sub printers, Epson wide body printers, flash equipment and other professional cameras and lens. In addition to sales, they uses a network of associate CR businesses to expand the services they can offer.

Graham Rose starts out primarily as a film camera and photo expert. GR Enterprise Service still repairs loads of medium format cameras as well as other quality and collectable equipment. But doing the research into the digital world for his customer spring boarded him into the digital world. Many of his customers are pro photographers who are purchasing and shooting digital cameras ... and they need help. Four years ago he didn’t know digital, but now he’s able to help others and make it part of his business.

“We run our business from home and have invested in building an extension to our 1934 house. 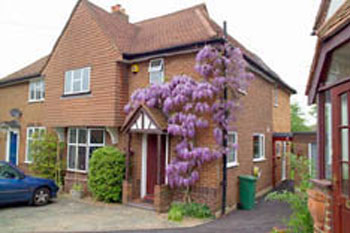 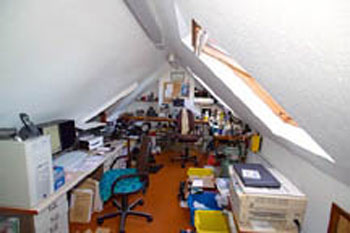 We have the repair shop in the roof with a distant view of London. An additional office for paperwork and accounts. A ground floor extension which is independent from the main home with a separate entrance which acts as the show room, reception and packing area. The garage is used as a machine shop among other things.” On a clear day, Graham has a nice view of London.


Marketing
“Most of my business is from word of mouth. I try to give real after sales service and quality repairs.” Graham thinks that most of his professional repairs come in by word of mouth while his amateur customers come in from look ups like yellow page ads and web page.

GR Enterprise Service has a web page (www.gres.co.uk). He pays an extra fee so he can be found on Google. A good percentage of the people who find him on the web are local but he also gets many mails IN’s from around the UK.

GR Enterprise Service advertising includes the yellow pages and a similar book called the Thomson Directory which includes On-Line look ups. There is also the National Telephone Directory as well as a service called YELL both of which feature On-Line look ups.


Digital Camera Classes
GR Enterprise Service is currently involved with an ex Kodak man developing digital training. Interesting, half a world away and the same solution to the same problem!


LS Protektor-14n / The Firewire Port Protector
Early on Graham noticed a often expensive defect with the Kodak 14n. The Firewire plug on the camera wasn’t parallel and has slightly rounded ends. As the plug is used the flimsy socket wares causing an intermittent connection. Also the weight of the cable and twisting around while the camera is being used loosens the socket and eventually brakes the Main CCT PCB. As the connection becomes intermittent, frustrated customers start forcing and twisting the plug to get a connection. When the damage happens the socket may have to be replaced, if you are luck. If you are unlucky the Main CCT PCB will have to be replace to the tune of ƒ1,000.

GR Enterprise Service uses a UK manufacture to produce an excellent highly professional product the saves customer a lot of expense down the road. The Firewire Port Protector has been tried and tested. The adapter coverts the 4 pin to a more robust 6 pin Firewire Socket. The specially made cable is sacrificial and is designed to be replace in order to save ware and strain on the camera socket. GR Enterprise Service also make as similar adapter for the Fuji S2 and S3 cameras which have the same problem. ...... www.gres.co.uk